Home» Limousine » A Brief History of the Limousine

We’ve all seen limousines out on the road—perhaps you’ve even been lucky enough to take a ride in a limo in Baltimore County, MD! But have you ever wondered where the concept of a limousine came from, or why they’re so popular? After all, a lot of people enjoy the freedom of being able to drive themselves. Continue reading to learn more about limos and find out all of the advantages of hiring a limousine service to transport you and your friends around town.

Limos before the car

The concept of the limousine has been around for much longer than the automobile. Way before the combustion engine was invented, wealthy people were riding around in style in the back of horse-drawn carriages. They’d sit in the back, in the warmth, while the driver would be up front in the cold with the horses. Horse-drawn carriages driven by professionals were the best way to get around town, and the same remains true today when it comes to limos operated by certified drivers.

The rise of the automobile

It wasn’t long after the combustion engine made its debut that cars began to overtake horse-drawn carriages as the best form of reliable transportation in Baltimore County, MD. After all, cars were faster, and riding in a car was less shaky than riding in a carriage. People (especially the wealthy) soon realized that driving really wasn’t as fun as riding in the back of a carriage used to be. People wanted to be able to enjoy themselves while going from party to party, and that just wasn’t feasible if someone had to sit behind the wheel.

To ensure the party wouldn’t stop, wealthy folks began to hire chauffeurs to get them from point A to point B. These chauffeurs were often separated from the folks in the back by a partition, and over time, the vehicles got longer and longer to accommodate more people.

The first stretch limousines were built to transport big band musicians and all of their gear. These vehicles were originally called “big band buses.” But it wasn’t long until aristocrats and partygoers decided that they’d also like to ride in a stretch limousine in Baltimore County, MD. A stretch limo could fit more people than a standard sedan. In addition, the longer your car, the wealthier you appeared to be. Of course, driving these long limos took a lot of skill, and this is how the stretch limousine driver profession was born. The invention of the stretch limo was a win-win for everyone involved.

Here we are in 2017, and riding in a limo in Baltimore County, MD is as popular as it’s ever been. Luckily, limos aren’t just for the wealthy anymore! Hiring a limousine service to take you and your friends around for a night on the town or for a special event like a wedding is as affordable as it is safe. What’s even better is that there are several different car options you can choose from when deciding which form of reliable transportation in Baltimore County, MD you’d like to take.

Give American Sedan & Limo Service a call today to find out all of the benefits of renting a limousine in Baltimore County, MD and learn more about all of the services our professional drivers offer. 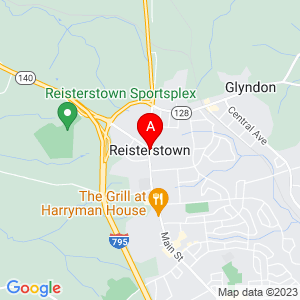